Waldorf Nave Is Out Now For iOS iPad

Waldorf has announced the availability of the Waldorf Nave App for iOS iPad. Nave made its debut at Musikmesse 2013 and I’ve patiently waited for its release. The Nave has a wavetable synth engine in it and it sounds similar to other products Waldorf carries. The app has the signature Waldorf sound so if you been lusting over any Waldorf product then grab this now. The Nave is currently $11.99 on iTunes app store so get before the price goes up. I just downloaded my copy and plan on messing around with it later in the evening. Here is what Waldorf has to say.

The Nave sound engine includes two novel wavetable oscillators with sonic possibilities way beyond the scope of conventional wavetable synthesis. While the spectrum of a sound can be transposed independently of its pitch, the waves can be rendered from perfectly periodic to very noisy and anywhere in between. Especially sounds with an accent on formants can be produced easily, which made us integrate a speech synthesizer for the easy creation of wavetables, enabling Nave to talk and sing.

Nave comes complete with over 500 presets from highly acclaimed sound designers like Richard Devine, Sacha Dikiciyan (of Sonic Mayhem fame), Laurence Rapaccioli (Arksun), David Boldini (7 Skies), and Fletcher Kaufman (Sunsine Audio), amongst many others. All seriously showcase the depth and diversity of this impressive and inspirational iOS synthesizer — so much so, in fact, that Richard Devine was suitably moved to create no fewer than 95 presets alone, all of which are included in Nave.

The clearly structured GUI invites both beginners and advanced users alike to experiment both sonically and musically while the hosting iPad’s generous display helps make wavetable creation and editing a blast. Besides integrated speech synthesis, wavetables can also be formed from analysing audio files. Furthermore, stretching, rotating, and shifting in the spectral domain allows wavetables to be refined or distorted. Several 3D views in the fullscreen wavetable edit page make editing easy and visually appealing. All factory wavetables from Microwave, Wave and Blofeld are included, complemented by new ones that make extensive use of the enhanced possibilities.

In addition to the wavetable oscillators, Nave offers an oscillator module featuring the novel Überwave that can fatten your sound by up to eight detuned oscillators.

The filter offers the familiar outstanding Waldorf sound, featuring lowpass, bandpass and highpass with either 12dB or 24dB slope.

The drive section offers different characteristics, and it can be positioned in the signal path: before or after the filter, or as a summing overdrive before or after the equalizer – for those who prefer harsh screaming sounds over delicate wavetable sweeps.

An extended modulation matrix and diverse real time control functionality is waiting for animating Nave sounds in any desired direction.

Besides the classic virtual chromatic keyboard, Nave can be played with the “Blades” that allow for dynamic triggering of polyphonic modulation by sliding the fingers in x or y direction.

The 4-track recorder can be used to build your own Nave songs or to simply sketch your music, inspired by the sounds of Nave. 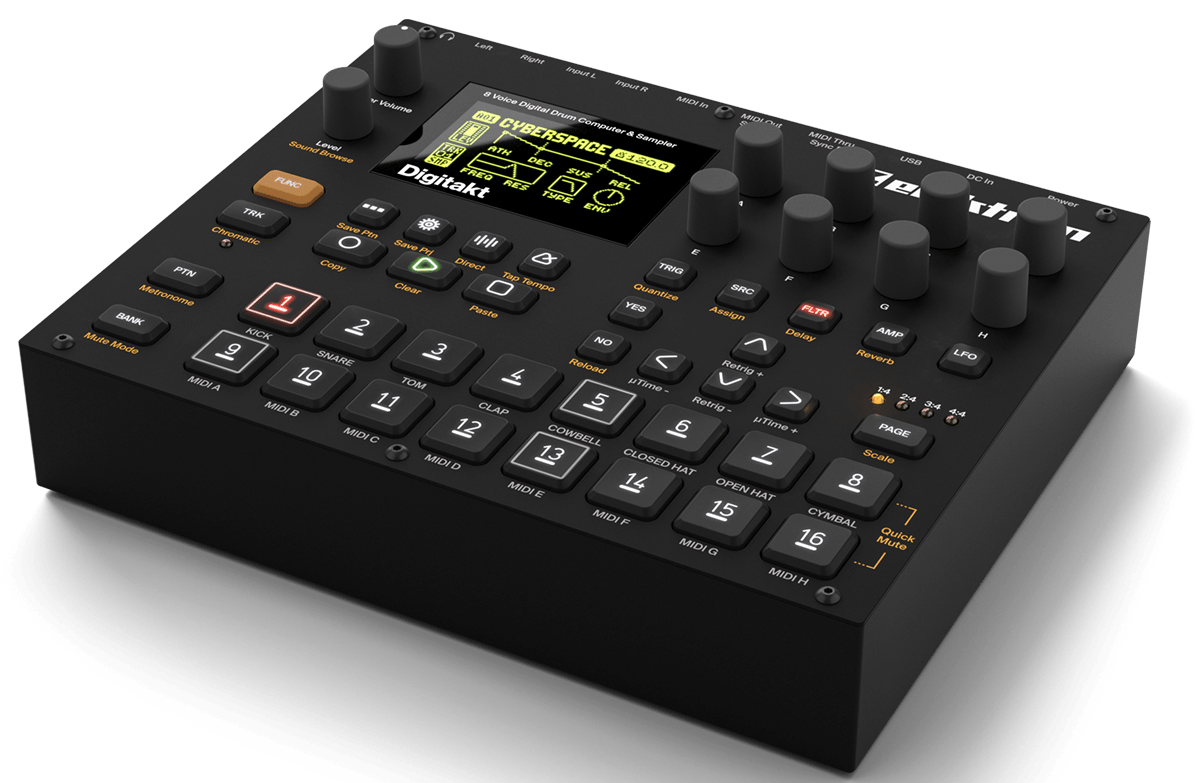