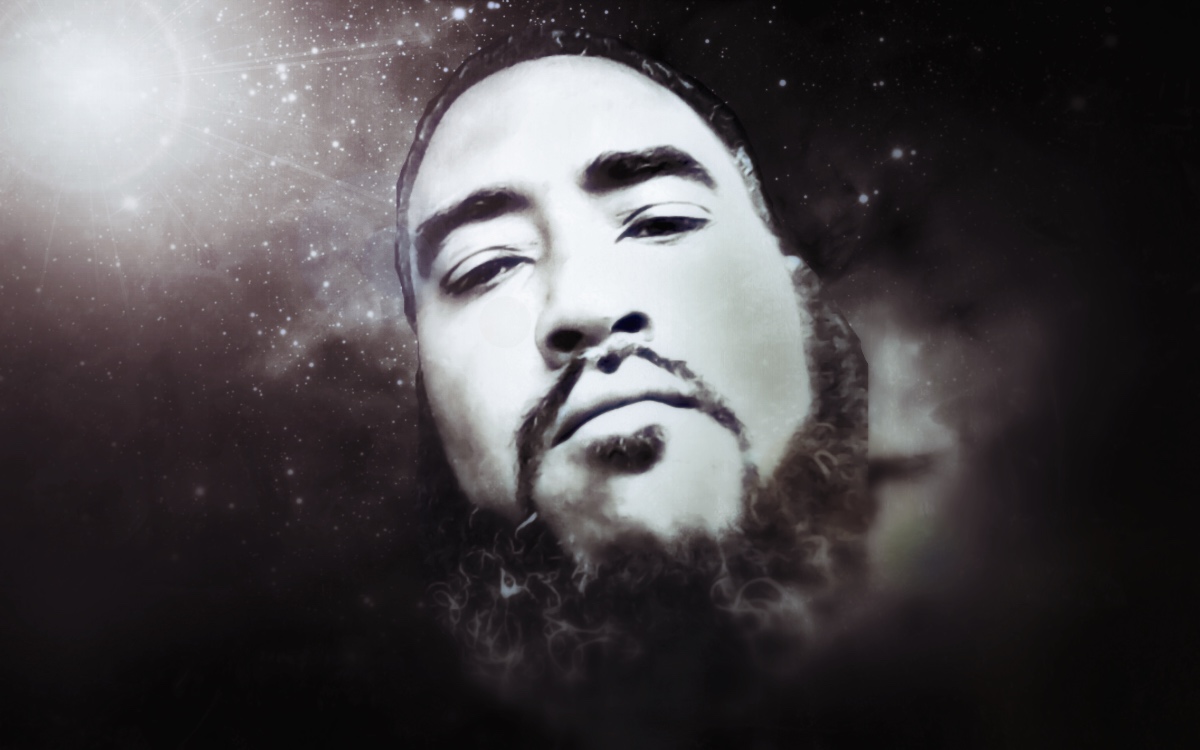 I had the pleasure to interview producer Sair Bashir from Vineland, New Jersey. Sair is very versatile with his production skills and he’s becoming a favorite of mine. He recently released his album “One Stage Many Mics” with a slew of emcees like Craig G, NYOIL, Pacewon and many others. You can check out my review of the album here. Peep interview below. 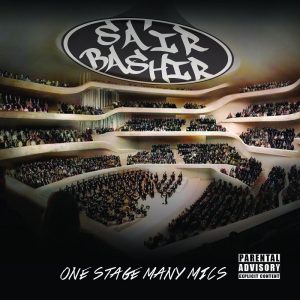 How long have you been making beats? What inspires you to make what you make?

What type of gear you use to make beats?

Yes, I do use software like Energyxt which is my go to program, quiet as kept. I also have NI Maschine and Ableton Live 9 with the Push 2 controller. Now that is my software setup. For my hardware setup, I have three Akai MPC’s. The MPC2500, MPC2000 original and the MPC60II and a M-Audio Axiom Air 32 keyboard controller.

You play any instruments? I heard some synths sounds on your album. Do you like making original music or sampling?

Yes I do play instruments, drums, guitar and a little bit on the keys. Not professionaly but what I hear in my head, I can make it happen with acoustic instruments. Indeed, I like both styles of production. Sampling is an artform. To sample works from other sources and mix, match, chop and play is genius. I prefer both. A good majority of my beats, you can hear both instrumentation and samples. It starts out according to the begining stage of my work flow.

Yes I do sample from vinyl records. That is how I started creating sampled base beats. Back then I used drum machines and synths to make music no sampling. Until I bought the Korg DSS1 sampling synth. My brother and music partner Supreme Magnetic aka Tick Tock bought the Ensoniq EPS sample synth. Then my homie Dj CruzyCruz, he bought the Akai MPC60II. That was when beat making with samples became Officially part of the routine.

Our sources for sampling then were cassette tapes, CD’s and vinyl records. Now today, youtube is the new music library. I still dig in the crates more than virtual digging.

My vinyl collection is pretty hefty bro. I have all kinds of music from Jazz, Breakbeat, Funk, Classical, Hip Hop/Rap, House, Freestyle, Instrumentals, Rock, Folk, Movie Sound Tracks etc. You name it, I may just have it in the archives.

The sound quality of your album “One Stage Many Mics” has good sound quality. Do you engineer your own music?

Thank you for the good words about the album! For engineering, I am not a professional engineer but when I am making beats, I do tweak the drums with eq and so on. However I do have a engineer who did an Awesome job on the mixes and the mastering of the album. I do actively take part in the mix downs and mastering phases. I have been doing business with Rob for a long time and he is great at what he do! Polygon Studios in Cherryhill, NJ for anybody out there looking to do recordings, mixes and mastering. Hit my homie up.

What kind of audio interface do you use? What type of monitors speakers you like using? Some people mix in headphones, do you?

I personally have in my lab Mackie monitors. Rob has in his studio the Events and Yamaha monitors. He uses the M-Audio box interface. I have a Behringer interface which I am replacing it with the Focusrite i1820 interface. No, I do not use headphones for mix downs and mastering. I have to hear the music live and direct fam!

When recording your album did the emcees send you their verses over the internet or did you spend time in the studio with them?

Yes majority of the artist were sent via email the music and sent back the files for their verses. A few of the artist and I have had live recording sessions.

How was it working with Craig G, NYOIL and PaceWon?

Working with Craig G, Nyoil and Pace Won was monumental for me. For the simple fact that I rocked their music then and still do today. And to have the opportunity to have them feature on my album fugged me up. We spoke on the phone and facebook. That is how I mainly contact all the artist I worked with and would like to work with. I do homework on social media bro, lol.

Where are the rest of those emcees from on your album?

Aces High, Minlus and Guy Grams are from Baltimore, MD. NYoil is from Staten Island now in Ga. Pace Won is from my home state New Jersey. Miss illaneous and Strange Flo are from Orlando, Fl. Craig G is from Queens. Sheeit we all know where Craig G, Kool Kim aka NYoil and Pace Won are from. I did not have to mention that at all. But yeah. Dox Boogie, 9Gravity and Bobby Genesis are from Queens, NY. Jawnzap7 and Verse Mega are from Philadelphia, PA. Last but not least, Maximus Tor and Tony Americas are from my home state of New Jersey. 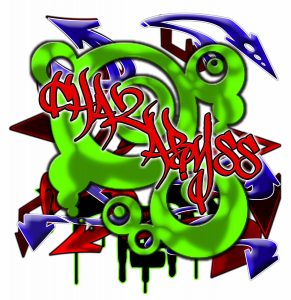 On “One Stage Many Mics” you came with the boom bap sound which I love. Is that the only style you like making? I checked out some other joints on your Bandcamp page which have a house sound. How is the reception to those type of joints?

No, Boom Bap is not the only style of music I do. I am versatile with my production my friend. Oh yeah! I am a huge House Music Head. I learned alot of ish from listening to House Music. Listen to Technique Is Mad Weak on the OSMM album. The drum samples are from house records. Shhh keep that between us. lol! The reception for the music is ok. I have to get it out, promote it heavy. Hopefully my name and music will become more familliar and known to the masses.

Whats Vineland New Jersey like? Is there any hip hop scene there?

Vineland is my hometown. It is located in South Jersey towards Atlanti City, Nj the gambling central on the East Coast, little Las Vegas! It is 30 from Philly, 30 mins from Atlantic City and 15 mins from Camden. There is a small Hip Hop scene poppin off. Vineland was put on the map by R&B singer Gina Thompson with her hit single song ” That Thing You Do ” working with P Diddy, Missy Elliot and produced by Dark Child ( Rodney Jerkins ) whom is from Pleasantville, Nj. He had major success. Rodney Jerkins produced music for, Micheal Jackson, Brandy, The Pussy Cat Dolls, Gina Thompson, Tony Braxton and so on. Pleasantville is only a skip hop away from Vineland. Just before entering into Atlantic city, you drive through Pleasantville first. Yup! Jersey brings that funk fam.

You have any future projects coming up?

Yes I have another album coming out next year. I am featuring new artist with some of the OSMM ( One Stage Many Mics ) emcees like Pace Won. This album is more of a lyrical hardcore street themed album. I think you all will enjoy it. Also I have an electronica instrumental album dropping, actually that album is complete. My partner Supreme Magnetic and I are putting out an album and that will be dropping next year sometime. So be on the look out for that. ( NP ) Needle Park!

If someone needs beats how can they contact you?

I am on facebook ( facebook/sairbashir )and google+ ( google+/sairbashir ). You can email me at sairbashirbeats@gmail.com I like to thank you for the interview and the album review. I appreciate it very much. Keep it funky Sonic Boom Bap. Salute!