The UAD-2 Little Labs Voice of God Plug-In is a bass resonance tool to add some bottom end to your mix. Universal Audio linked up with Little Labs to create a plug-in after the hardware version released in 2009. Little Labs created the Voice of God to tackle problems dealing with lack of bass from an instrument. The hardware version is limited one channel but now with the help of Universal Audio, engineers can enjoy multiple channels of VOG with a UAD-2 device.

How Does It Work? 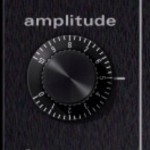 First you need a Universal Audio UAD-2 Satellite, PCIe card, Apollo or Apollo 16. If you don’t have a UAD-2 Satellite or any of those devices I mentioned, you need to go get one soon. You are missing out on some awesome plug-ins that are really good emulations. I could go on but I think you get my point. For my fellow UAD-2 owners or hardware only peeps, never mind what I said previously. Those words were intended for the ones who haven’t taken the leap or were unaware. Anyway, loading the plug-in on a channel I had a kick, I notice the change immediately. The Voice of God has two knobs, one for Amplitude and one for Frequency. The Amplitude is for effect strength and Frequency is for frequency selection for where you want desired effect. The plug-in has a slight roll off after the frequency attenuated by –24 dB per octave. VOG also has a Center for determining the frequency range. You can have four selections and they can be selected by on and off switches. The Flat is for bypassing the effect but the signal passing thru is still being modeled with dsp so to truly have a real bypass you will have to use the Power on and off switch. The Voice of God plug-in can be used as mono or stereo unlike the original hardware VOG which was only monophonic.

Is It Worth It? 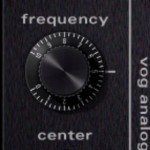 Yes indeed. I love the Voice of God plug-in and use it when needed. The VOG is not the cheapest plug-in from Universal Audio but it’s not expensive either. I never used the original hardware version to compare but this plug-in works and sound better than Logic’s Sub Bass plug-in. I don’t suggest you go overboard using this on every channel because it’s only meant for bass. You can use this on many instruments like drums, vocals etc. For Boom Bap enthusiasts, this plug-in is a must. If you have a UAD-2 Satellite etc. try this plug-in tonight to see if I’m right. The benefit of having a UAD-2 system is to try out plug-ins before you buy. You get 14 days to evaluate. Try it and let me know what you think. For people who don’t have a UAD-2 system, read this in envy or go out and grab one and get started with some powerful plug-ins.