The A3 Interview SONIC BOOM BAP

The internet has been a blessing and a curse. It’s hard to find the future Kev Browns or !llminds because of over saturation but there is still talent breaking thru and one them is The A3. The beats by A3 are soulful, melodic and banging. Read below to find out more. 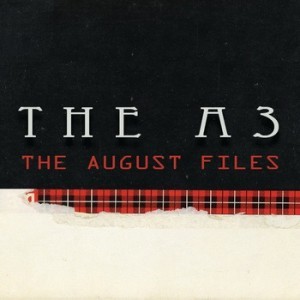 Tell Us More About Yourself? Where you from? How long you been making beats? How did you get started?

I am from the Inland Empire (IE), CA, about an hour east of LA. I started making beats in about 2002, and began taking the craft more seriously around 2004/2005 once I was in college. I got started on a little program called Fruity Loops, haha. I was told by a friend in high school you could make beats on there, so I went home, downloaded that joint, and the rest is history.

I’ve always had the music bug in me since a child, My grandfather and his brothers were all jazz musicians in LA during the Central Ave jazz club scene in the 1930’s and 1940’s. One of them, Britt Woodman, made a living off of playing the trombone with the jazz heavyweights, like Duke Ellington, Charles Mingus, etc. I definitely think music runs in my family. FL allowed me to finally manifest my thoughts and ideas via music.

I see your weapon of choice is the Roland MV-8800. What made you choose the MV-8800 for your productions? What else do you use?

I basically use the MV as the starting point for all my music. I’ve incorporated Logic a whole lot these last 3 years, but that’s about it. I use a M-Audio Axiom49 as my midi controller, Numark TTUSB turntable, and plenty of records.

Most seem to go the software route nowadays. Have you thought about going completely software?

I’ve been learning to use Logic more, because it’s tough lugging the MV around to sessions. The MV adds a nice texture to my sound. So until I can find a way to emulate that sound, I’m going to stick with my hardware.

Your production style reminds me of J Dilla, 9th wonder and Tall Black Guy. Who are some of your influences?

The music game is over saturated with emcees and producers. What do you do to stay above the pack?

I keep my music pretty simple. I try to incorporate what’s going on in the music around me, with what I do. I like to keep the human feeling/element in my music and make it feel good. It’s hard to deny music that feels good and sits right within you. 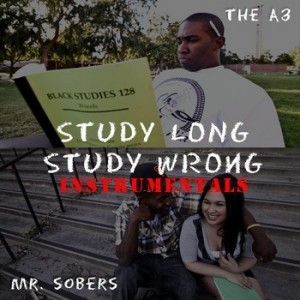 Your beats have a good sound quality. Do you have any audio engineering knowledge?

I don’t have any formal audio engineering education. I read a lot about recording and mixing. I’ve also worked with folks that do have the knowledge and pick up on their tips and tricks. I think it’s critical for producers to know a little something about mixing, as it can make or break a beat.

Unfortunately, no. The expansions are ridiculously expensive now too, haha! It’s not entirely necessary, but I can see it being beneficial in cutting down the amount of time you spend tracking out. I’ve functioned without it for so long, I don’t really have a need for it.

What current projects are you working on? Who have you worked with before? Anything new on the horizon?

Right now, I’m getting more involved with local acts and going that route. I have my own instrumental album that I’m working on. I’m about 65% done, and I want to take my time with that.

I just released a new single with a new artist named Yung Miss called, “Wake Up.” I’m working with my group Tomorrow Yesterday, and we’re gearing up to release some music throughout the remainder of this year. I have done some tracks in with this artist from Harlem, Show TuFli. A very talented dude. Also building with my Swing Assembly brethren. I’m finding ways to keep myself busy!

What advice would you give an aspiring producer trying to get his name out there?

Start local! Get involved with your local music scene and network. You’ll never know who you’ll meet. Enter beat battles and showcases so artists and listeners (and maybe even managers, A&R’s) can hear your music. A lot of artists take to twitter and post their email addresses asking for beats. I’ve got work that way too. Just keep your eyes and ears open!

And also, when you do send beats out, just don’t send anything. Get acquainted with the artist’s style. Go on iTunes and preview their latest album or mixtape, and see what you have that matches their vibe and direction. Send them music that will grab their attention and encourage a reply in your inbox. Then you can begin to establish working relationships at that point.

Whats up with MV Nation? Does anyone moderate or run that site anymore?

Yeah, MV Nation is still up and running. I go on there whenever I run into any issues or want to learn anything new. It’s definitely a life saver at times!

If someone wanted to contact you for beats, how can they reach you? 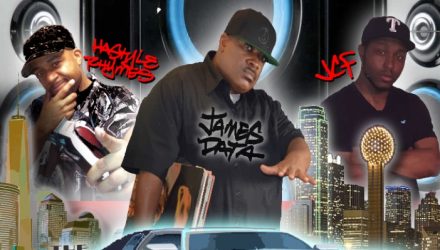 Born in Flushing, Queens James Data was affected by the growth of the Hip Hop scene coming out of his area in the very early 90s. James

MIDI sequencers are tools that record a track that

I had the pleasure to interview producer Sair Bashir

When the Hell is the MPC So...

Where the hell is the MPC Software 2.0 update