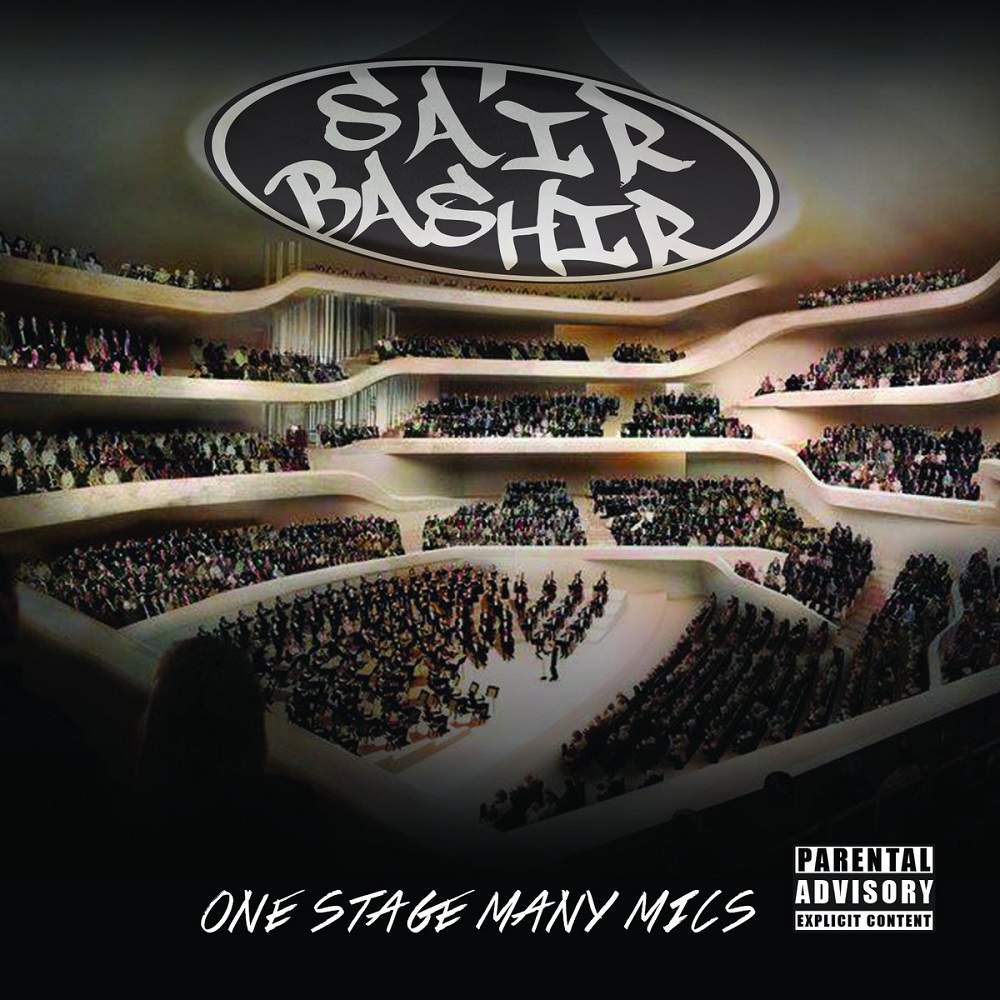 I had the pleasure to review this producer driven album from Vineland New Jersey’s own Sair Bashir called “One Stage Many Mics”. The album has some notable features from the likes of Craig G, NYOIL and Pace Won plus some killer production from Sair Bashir himself. Let’s dig in…

How Does It Sound?

One Stage Many Mics has 13 solid joints on the album filled with nothing but beats and rhymes. I think the highlight of the album is Sair’s production. Most of the beats are banging except for a few I didn’t care for. Nah Nah Nah feat JawnZap7 comes in good and JawnZap7 holds it down on the emcee department but the chorus sounds corny compared to how hard the beat is. The “Technique Is Mad Weak” joint is good but Maximus got some corny lines like

“built by the same team that built Woverine”.

Maybe it was his delivery but I wasn’t feeling his verses. “The Boom Bap” song beat is off the chain but the emcee on this joint didn’t do the song any justice. His cadence and flow got annoying after a while. The album started to pick up with “Rocking With The Best” and “My Rider”. The “My Rider” joint is solid from start to finish and the featured emcee Minlus keeps the listeners attention. Also, the beat is fire. Other stand out joints is “Gems” Feat. NYOIL and “Blast” Feat. Pace Won.

“One Stage Many Mics” is a solid effort from Sair Bashir by way of his dope production. Most of his beats are fire. I can’t find many faults in his production even with the ones I wasn’t feeling like “Ask For” and “Let Me Show You”. Sair’s production is top notch and his beats deserve better emcees to rock over them. The beats made most of these emcees sound better. If this was an instrumental album I would probably give “One Stage Many Mics” 5 stars but with a few lack luster emcees, I had to take some points off. None of the emcees were wack but none grabbed my attention except NYOIL, Minlus and Pace Won. Craig G was nice but I don’t think the beat complimented him. All in all, Sair Bashir is a producer to keep an eye on and “One Stage Many Mics” is definitely worth grabbing.

GRENOBLE, FRANCE: first available as Synthix back in 2011 before being relaunched to widespread critical acclaim in 2015 as Syn’X 2, audio software company...
Read more

KINGSWINFORD, UK: British boutique electronic instruments innovator Analogue Solutions is excited to announce that it is the sole stockist of the first batch of...
Read more