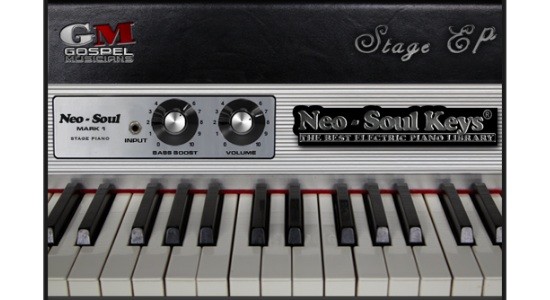 Neo-Soul Keys just announced their new 3X Lite plugin which is available now for $99.99. If you’re not aware, Neo-Soul Keys makes some of best electric piano samples today. They also have great tutorial videos for helping you play Neo Soul. I always dig what they do especially on the tutorials but you can’t lose with their sound samples. Electric Pianos is the core to the Neo-Soul sound so get your sounds from the best. I actually met the guy Jamal who made Neo Soul Keys at NAMM 2013. He is a cool dude and it was great meeting him. I actually bought a few of his tutorials in the past and they are informative. I’ve learned tons from his Neo Soul Keys tutorial series. Anyway, his sample Rhodes sounds and other varieties sound excellent. Here is what they have to say.

If you are are not quite ready for the Neo-Soul Keys 3X Full version, then try the Neo-Soul Keys® 3X Lite for UVI. The library has the same grit, warmth, creaminess, and phatenss as the original, without all of the mechanical effects. We made sure to keep the most important release effects though, as those are paramount to an organic sounding EP. You get all three versions which are:

You will also need iLok to use plugin.