​I appreciate that fam! The Unkempt Breaks is the first offering from my new sound design conglomerate, MSXII. The design team was formed under the ReasonToWork.com venture and we’re still diving in on our approach to this arena. So far we’ve done The Unkempt Breaks and a couple of projects for BYU. Our next public release is already in process. We hope to drop a project every quarter.

That studio you guys were recording at for Unkempt Breaks is spectacular. You record there often?

​Yea, that’s an incredible studio. That was the first time we’ve used that spot. It’s in Austin and Matt Slack and I know a guy that helps run it.

How did you hook up with Matt Slack the drummer for Unkempt Breaks?

​I met Matt, or “PorkPie Player” while I lived in Austin. He and I worked for design school there in the enrollment department. Our love of music allowed us to brainstorm and eventually put something together to serve as a creative outlet. Thus, MSXII formed or (M.Simp and Matt Slack, furthermore “M.S. by two”). He’s an incredible musician and good friend. We both learn from each other and bounce ideas constantly.

What made you want to do sound design?

​I think it was a natural progression. We’ve constantly been approached in Stompboxx about our sound and mixing processes. However, Stompboxx doesn’t operate in that capacity. That outlet is more or less music and music business. The need was still there, though. I launched ReasonToWork and still felt I wasn’t operating at my full potential musically. I wanted to do something more than just a “producer drum kit.” That’s real old and guys are cheating the system these days. Renaming sounds and packaging them up as your own doesn’t make it your kit. This is why we will film everything put into our sound design process. Once again, this is another subject!

Are you planning on releasing anymore kits in the Future?

​Yes, be on the lookout for the next release soon! This one turned out to be way more than we expected. Not just drums…

Tell us more about your website Reason To Work?

​ReasonToWork is again, just another creative outlet for my passion. Stompboxx constantly receives email about it’s sound. I took it upon myself to help out the community with an inside look to my process, in particular. I’d like to see Reason To Work become a boutique site for tutorials, cool projects, gear news and such, but it’s tough to manage all of this with the highest of quality with limited time. Right now, I’m revamping some of the direction of RTW but it will be back better than ever soon. It’s designed for the “ReasonGang.” The Reason hip-hop producers. Those that want to better their sound or just learn a new technique. I try to cater toward the new and more experienced users with each video. That’s the toughest part. Ironically, upgrading to Reason 7 (which meant upgrading to Mountain Lion as well) caused me to lose the tutorial programs I have to operate RTW. This has slowed the posting down some, but please believe more is on the way!

​Yea, the team at the Drum Broker is killing the game right now. This is the only place I get drums from online. I have a solid business relationship with a pivotal player at the Drum Broker and that’s how all of that happened. They’re on board to release all of our material from MSXII and it’s been a very lucrative backing to say the least. We’ve been able to evaluate the market and pin point our approach to the sound design arena since building with them. I’m very grateful for the opportunity there.

Who have you done production work for?

​I’ve done a ton of work via my outlet Stompboxx Music for companies like MTV, VH1, E!, Oxygen and many other networks. Those placements are nice. Also, musically we’ve worked with some artists that have bigger names on their projects to our records, but I wouldn’t call that actually working “with” the majors. So, mostly what we’ve done has been indie work. Acts like Roosh Williams, Knesecary, and Plan B to name a few. There are tons of others out there too that have rocked over Stompboxx beats. All are dope in their own respects.

What would you tell an aspiring producer trying to make a name for themselves in this day and age?

​To make a name for themselves…I’d say nothing. I think too much of what’s done today is about “making a name for yourself.” I’d say fall in love with an aspect of music whether it be production, mixing, mastering, or even managing and contribute to the best of your ability. When you approach it from a sincere standpoint instead thinking dollars first, people will find you and gravitate toward your work. Every story is different. Define success for you, and then go get it.

How can someone reach you to inquire about your beats?

​For serious inquiries on production, email music@stompboxx.com Visiting www.stompboxx.com or www.reasontowork.comwill definitely get you in touch with me! 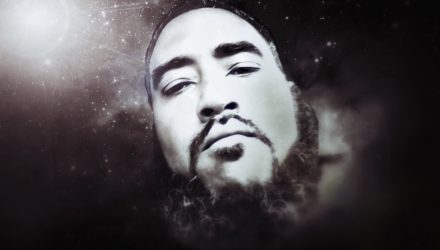 I had the pleasure to interview producer Sair Bashir from Vineland, New Jersey. Sair is very versatile with his production skills and he’s becoming a favorite of

James Data is a dope producer that’s been in

Beatnick Dee is a producer that wears many hats.