Hip Hop music today is so crazy I don’t even recognize it anymore. The late 90s and early 2000s birthed a new style of beatmaker that was pushing the envelope with their productions. Dig Dug represents that era when beatmakers gave emcees that sonic palette to let loose. 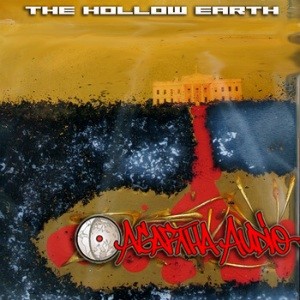 Tell us more about yourself. Where you from? How long you been making beats?

I was born in Oakland California, and raised in Berkeley and Oakland. Currently living in Berkeley, and been making beats since 2001.

What do you use for production? Last time we talked you were using Reason. Are you still using it?

You have a unique style. Who are some of your influences?

Herbie, Sly, James Brown, and George Clinton are the OG influences, and definitely Premier, Doom, early DITC, Black Moon – hiphopwise it was almost always EastCoast dudes even tho i’m from Cali. Golden Era bangers. Gotta shout out Heiro and Hobo Junction of course tho. First 415 record – Richie Rich, D-Loc and those dudes, got endless rotation too. 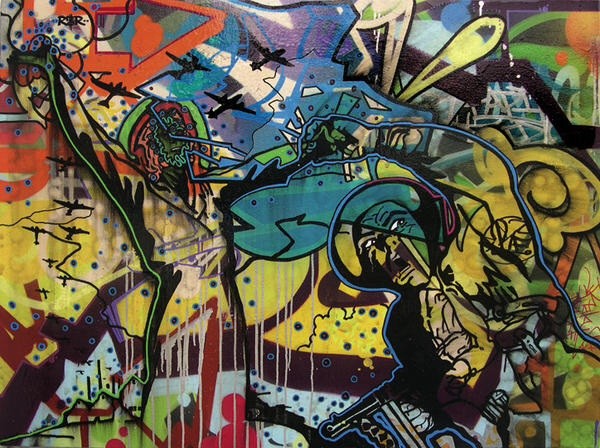 Your paintings are amazing. Are you doing any gallery showings?

I’ve been showing around the world as part of a 5-person painting group called P-Factory that my man Ryuta Nakajima put together a ways back. Just disbanded tho, so Ima have to get my hustle back on as far as showing goes.

You been working with NASA from Uncommon Records for awhile now. How did you hook up with him and the label?

I sent a demo into Def Jux in 2002, and hooked up with NASA that way – he was just thinking about starting Uncommon, and I guess El had put my demo in the ‘check it out for Uncommon’ pile. I got an email a week or 2 after sending my shit in, titled ‘Yo this is NASA from Def Jux’ and I fuckin gassed out. NASA’s the shit, a real standup dude making and supporting some rawness.

Who are some of the past artists you’ve done beats for? Anything new on the horizon?

Man, off the top of my head I’ll say Masai Bey, L.I.F.E Long, The Presence, Uncommon NASA, Pruven, Nac1, Cam, The Beatmonstas of course!, Atari Blitzkrieg, Taiyamo Denku, The Hinderance from the UK, Gajah, PremRock. Sure I’m missing some heads, and I apologize for that. New shit on the horizon is a project with Pruven, me and Denku’s 2nd album – damn, some bangers on there with real ill cameos from C-Rayz, Illogic, Vast Aire. Some stuff with Doom got sparked last year, but I’m not even sure if dude’s back in the country yet. Shit stalled out somewhere in the process, but I’m still hopin for the best…

I remember reading something somewhere about Uncommon Records filling the void Def Jux left behind. Do you guys really feel that way?

Man I don’t know, the whole scene is so different now that I can’t even put my head around that comparison. I know there’s a lot of the players and the sound involved with Uncommon that was part of Jux, but shit the whole landscape got upended and now everything floatin in a whole new galaxy. or a black hole. I woulda killed to have the kind of concentrated rawness that was goin down in NY in the late 90s with Jux, Fondle Em, etc. right now vs. the internet based booboo we got now. 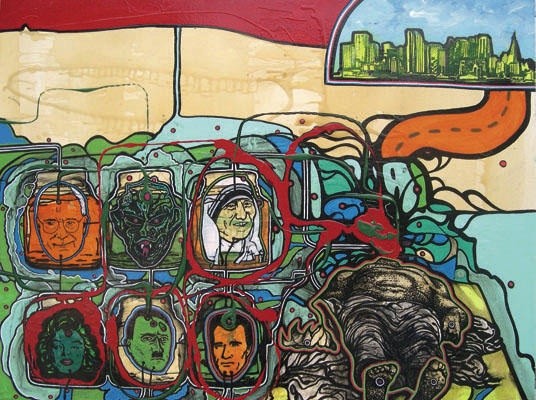 How did you get into the Hollow Earth theory and Reptilians. Does this inspire your production?

Always been into weird shit since i was a little kid, and tend to gravitate towards different, bizarre type stuff. but specifically it was reading Foucalt’s Pendulum by Umberto Eco in 1999 or 2000. That shits crazy, and sparked me with a lot of areas to peep out and research including the hollow earth stuff. The Reptilians came in once i started delving into ideas about Agartha and Shamballah, and that shit started snowballing like craze – lots of synchronicities that I had to take notice of, and find out more about. My first solo album, The Hollow Earth, was 100% immersion into it, and every beat I made was somehow influenced by those concepts – sometimes just literal shit like choosing movie samples for intros, that typa thing, but sometimes it was more a vibe thing. Now its way less direct of an influence, but that shits still there subtly speaking to me always!

A few years back you were doing this MF Borat thing. What was that all about? We’re you collaborating with MF Doom or was it just a concept thing?

Nope no Doom sanctioning for that – just jacking acapellas and remixing em with my beats and old soul hooks. At first I saw the Borat movie and the ‘bing bong bing’ scene came on and i was like damn that shit needs to be a hook. ‘My Favorite Ladies’ acapella fit hella good on the beat I made for the hook and then I just got hella zooted and started drawing Doom Borat combo characters, and creating a whole backstory around it. Shit was so fun, I can’t even express how fun that was, just getting loose and laying on the floor cackling half the time. Never expected it to bubble like it did – that was dope. then my twin bro Theo made the ‘Rescue Khazakstan’ video for it, that was the icing on the cake!

The monthly beat blast you’re doing is a good idea. What made you do that?

Man I was just having hella beats stacking up that weren’t being used for anything, and figured it be a way to get em out into the world. Figured I’d start a ‘Book of the Month’ type shit with beats instead.

If someone wanted to contact you for beats, how do they reach you?